Annette, Ros and I had a quiet and very cold session at our Island Bay site this morning. There was a stiff, cold southerly blowing but despite this we had an enjoyable morning. Numbers were down considerably on last year but we did catch some interesting birds. A total of 31 birds were caught with only 3 species, 20 new and 11 recaps. Last year in our July session we caught 126 birds with the biggest difference being that we caught 56 Silvereye, today I didn't even see one.

House Sparrow - 15 new and 5 recaps. One of the Males had an extraordinarily long lower mandible but despite this was slightly above average in both weight and wing length. How it feeds I don't know, perhaps it eats sideways like a Wrybill. 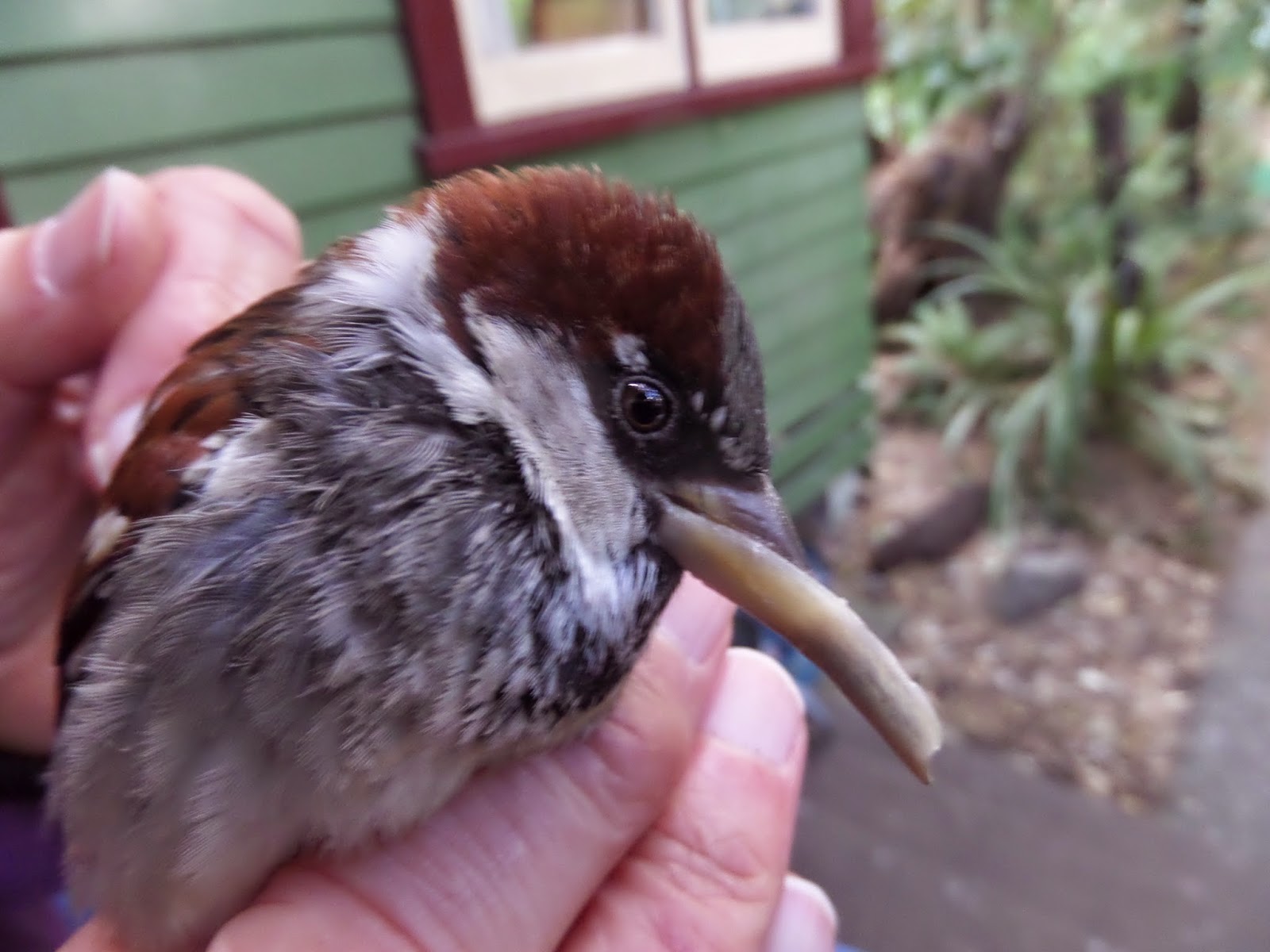 A feature of the day was that all but one of the recaps were known aged birds due to the fact that we are able to each spring catch a significant number of the juveniles, this especially applies to the Blackbirds with the two older recaps aged as 6 and 7.
Posted by Peter R at 16:31