Annette, Sarah V H, Roisin and I had a busy session this morning at our Island Bay site. Although we caught a total of 121 birds there wasn't much variety with only 4 species and by far the majority being juvenile House Sparrows. This is very typical for this time of year at several of our sites especially those that are fed. We knocked off about an hour earlier than usual when it started to rain (the rain had stopped by the time we had the nets down). The forecast was for heavy rain about midday.

Birds caught were - Blackbird 1, Dunnock 5, Chaffinch 4 plus a recap and 103 House Sparrows plus 7 recaps. The oldest recap was banded Feb 2013.

We had a reasonably successful session at the Zoo on Saturday, it probably would have been better but for some early morning rain that affected our water based nets. There was a good turn out of banders with an added bonus of the Guru of banding in New Zealand, David Melville coming along for the most of the day. David's knowledge is massive and his input, especially on  moult, was much appreciated by all. 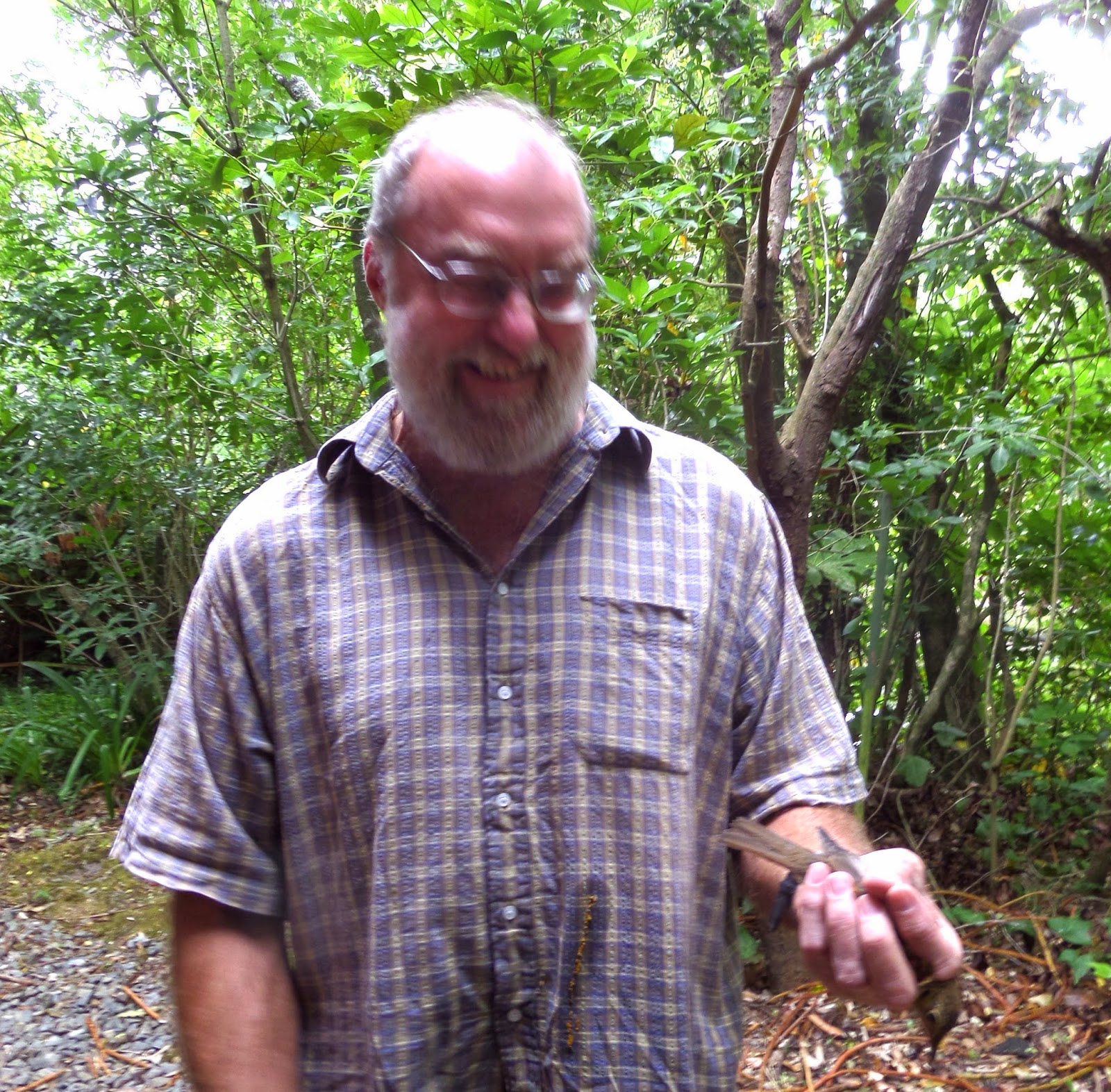 We caught 49 birds of 8 species with 44 new birds and 5 recaps. As is usual at this time of year and at our first session at the Zoo the catch was dominated by unbanded juvenile birds.
Species caught were -
Blackbird - 1 (0)
Song Thrush - 2 (0) Probably the first time ever we have caught more Song Thrushes than Blackbirds.
Chaffinch - 4 (0)
Greenfinch - 1 (2) one of the recaps was banded a couple of weeks ago at Houghton Bay.
Dunnock - 3 (0)

House Sparrow - 29 (1) The recap was an old bird by H Sparrow standards, banded Aug 2009 the oldest we have caught for a couple of years. Almost all the new birds were juveniles.
Silvereye - 3 (2) One of the recaps had a band which was not one of ours - but it was banded at the Zoo. It had been in rehab at the "Nest" and was banded before release about a week ago. Good to see it is surviving OK.
Fantail - 1 (0)

Considering the doubtful weather, especially early this morning when there was a very strong Southerly blowing with intermittent light showers, we had a successful afternoon session at the Prince of Wales Park. There was a good turnout of participants who entertained themselves during the quieter moments and brought to mind the saying 'idle hands make mischief".

Caught 26 birds of 5 species, all new except a Goldfinch recap. Dunnock 1, Chaffinch 2, Goldfinch 10 (1) and House Sparrow 8.
Almost all the adult Finches are now well into their moult. We probably got our best sample of Goldfinch moult with more than half the birds caught being adults in moult.

I had a very short session at the remnants of the stream over the fence from the Zoo on Thursday afternoon. Caught a surprising number of birds considering the very small amount of water left. In just over an hour and a half caught 34 birds of 9 species with 28 new and 6 recaps.

We had a session at the Houghton Bay stream this afternoon,. With only 20 birds caught it was much quieter than recent sessions. Not sure why.  The conditions were a bit windy but the nets are reasonably sheltered. We caught 7 species so there was some variety but there were no recaptures. Caught were 6 Silvereye, 6 House Sparrow, 2 Grey Warblers, 2 Chaffinch, 2 Greenfinch, 1 Goldfinch and a Fantail.

As is usual at this site with the banding station on a public path there were a number of interested people joining us. Just a pity we didn't have more birds to show them.

I went to the little stream over the fence from the Zoo on Thursday afternoon. The main reason was to establish a new net line further up the stream. I put up two of the usual nets when I arrived to sample the birds that were about and it turned out there were plenty. After clearing the new net lane I also eventually got a net up there and it proved a success.

Caught a total of 47 birds of 6 species with 44 new and 3 recaps. The majority of the birds caught were juvenile finches, some especially Goldfinch were only recently fledged with very short tails.

Email ThisBlogThis!Share to TwitterShare to FacebookShare to Pinterest
Labels: Goldfinch

We had a very quiet morning at the Prince of Wales Park, only catching 9 birds, all new. Silvereye 4, Goldfinch 3, and 2 House Sparrows. The reason for the low catch rate was probably that there had been some overnight rain at the site making birds less likely to go to water. There had been no sign of any precipitation on this side of the city.