A group of us went back to the regenerating bush patch next to the Houghton Valley School on Saturday afternoon. There was a significant drop in Silvereye numbers from last week with only 4 new birds and 12 recaps. All the recaps had been caught last week. We did however catch 15 House Sparrows with 14 new birds and 1 recapture. The recap had been banded back in January at the Houghton Bay stream. This is by far the most Sparrows we have caught at this site and was primarily due to moving a net to the back of the hen run. The only other bird caught was a solitary new Blackbird.

A feature of the afternoon was again the large number of local people, both young and older, that joined us. The older folk were enthusiastic about the activities and the younger ones loved the chance to see birds close up.

I had not taken a camera with me but here are a selection of photos taken on other peoples cell phones. 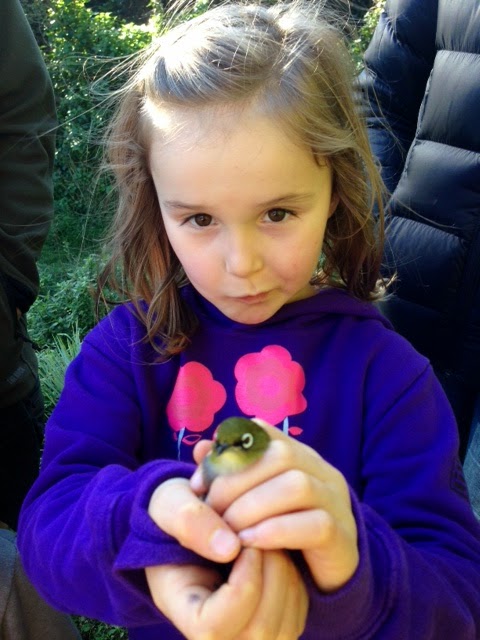 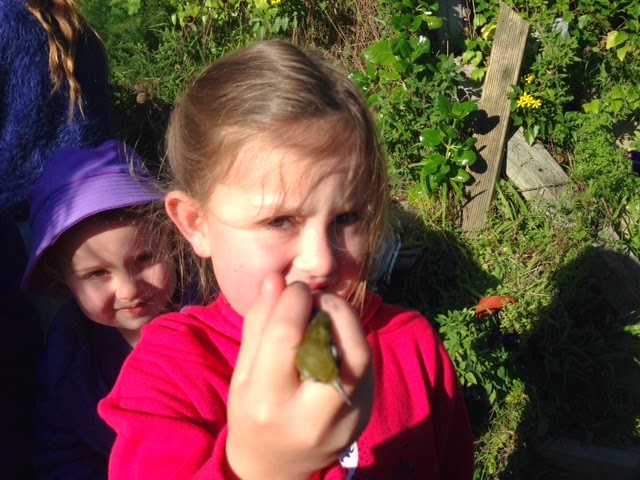