There were three banding sessions on Friday and Saturday but very few birds were caught.

With calm conditions I put nets up at the Mt Albert fennel patch on Friday morning. I had expected a drop in Silvereye numbers, but not this rapid. After catching 40 on Tuesday I only caught 5, 4 new and 1 recap, also 1 Dunnock. If there is a calm morning in the next week I might try again otherwise that will be the last at this site for this year.

Later in the morning I spent an hour or so at the Houghton Bay stream mainly to see if there were birds about. Caught 10 new birds, 6 Silvereye, and 1 each of Fantail, Grey Warbler, Chaffinch and House Sparrow. With hind sight I wish I had stayed a bit longer as on Saturday a group of locals "cleaned up" the stream altering and opening it up considerably. It might be some time until the birds settle down and make it worth while attempting to catch there again.

Katherine, Matu and I had a session at the Prince of Wales Park stream on Saturday afternoon. After checking the site on Wednesday and finding a considerable number and variety of birds I had high hopes of a good catch. Unfortunately I was wrong and we only caught 3, a new Chaffinch a House Sparrow and a Goldfinch recap. The Goldfinch had been banded as a juvenile back in January, tentatively sexed as a male, and I think I can confirm that it is still most likely male. 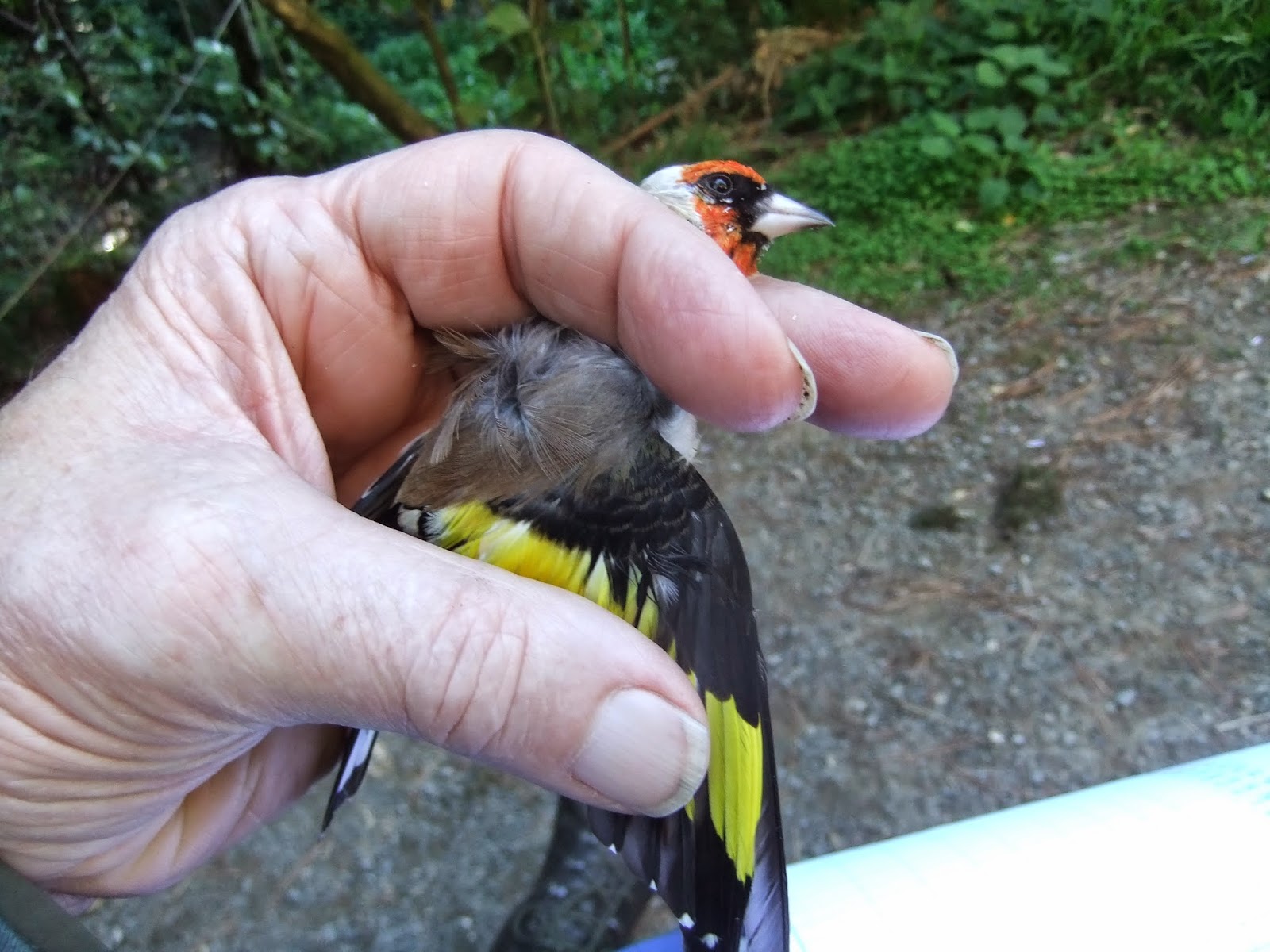 Katherine is hoping to progress towards her grade 2 banding certificate so she was able to at least practice on the few birds we did catch. Not sure why there was such a low catch rate but perhaps it was because of the exceptionally heavy morning dew meeting the birds H2O requirements.