Black Robins and other Chatham Is birds

Two of our group, Annette and Nikki have just come back from 3 weeks on Rangatira Island, a Nature Reserve in the Chatham Islands. The main purpose of the trip was to monitor the breeding burrows of endemic Chatham petrels for invasion by broadbill prions and to do a complete census of the Black Robin population and colour band all the juveniles.


They identified 229 adult and 70 juvenile robins. An additional 45 adults and 10 juveniles were seen on Mangere Island, bringing the total post-breeding Black Robin population to at least 354.  Two additional birds managed to elude capture and remained unbanded and are probably the only unbanded Black Robins in the world. For more info see www.chathams.co.nz

This year they used drop traps to capture the Robins instead of the more usual clap traps. A set of five traps were custom-made by an Upper Hutt engineering firm to fit one inside the other for easy transportation to and from the island.  Despite working well, the traps proved a little cumbersome to carry around in the dense bush and muehlenbeckia on Rangatira, prompting much discussion about the possibility of developing a collapsible version!
Triggering of the trap is carefully timed for the moment when the robin is facing the back of the trap and lunging forward for a mealworm, as this virtually eliminates the risk of the bird escaping the trap or being struck by the frame as it drops. 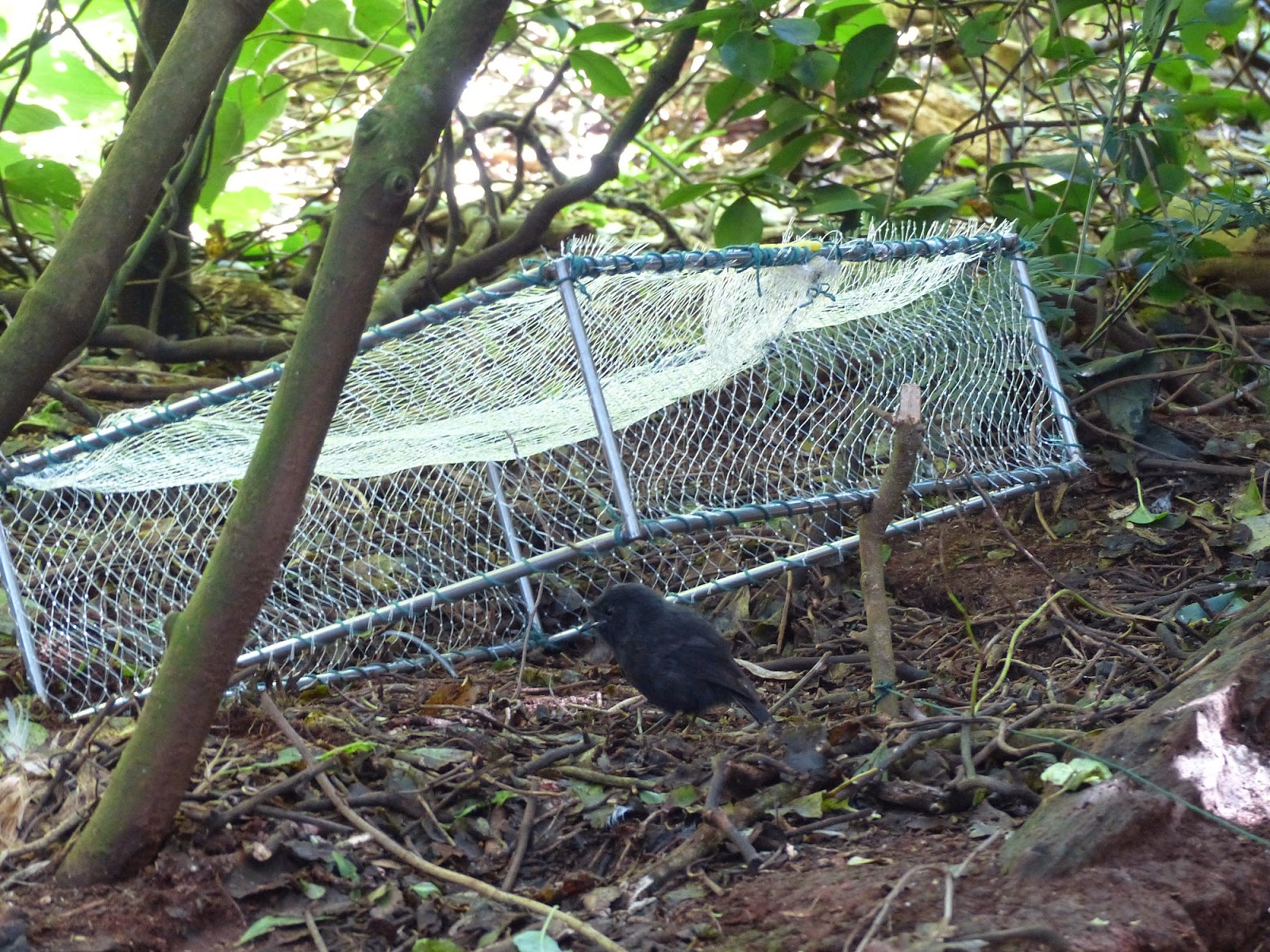 Blissfull ignorance – a juvenile black robin thinks about taking the last crucial step towards the back of the drop trap. Photo Nikki McArthur

On returning to Chatham Island from Rangatira, the Black Robin team took the opportunity to visit the Chatham Albatross translocation site near Taiko Camp on the edge of the Tuku Nature Reserve.  The Taiko Trust has translocated 50 Chatham Albatross chicks from their only breeding colony on the Pyramid to a site on the SW coast of Chatham Island.  Taiko Trust staff and volunteers have been feeding and monitoring the chicks daily for the past three months, and by the day of their visit the 46 remaining birds (4 had already fledged) were on the verge of taking their first flight.  They all felt extremely privileged to have had the chance to visit the site of NZ’s first albatross translocation and only the second such translocation to be attempted anywhere in the world. 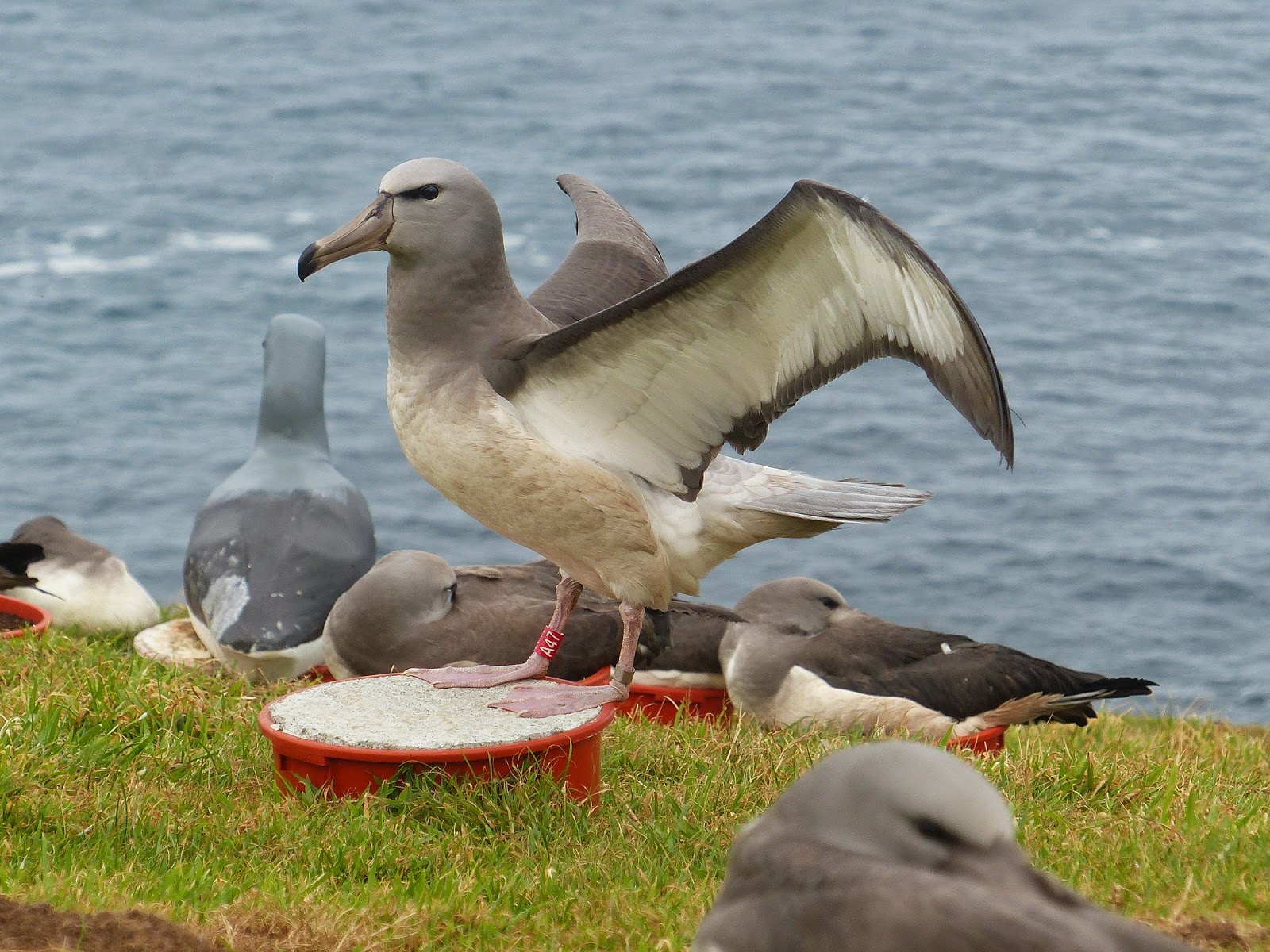 
Blog for Chatham Albatross translocation is https://www.facebook.com/chathamtaikotrust
Posted by Peter R at 21:31