Two of our group (Annette & Nikki) have just returned from the Chatham Islands where they were helping Tansy (who did some training with us recently) with the black robin post-breeding census and banding of this year’s juveniles. Almost, (there is at least 1 that is not), all Black Robins are colour banded with individual combos that include a year colour.
Most of the Robins are caught in Clap Traps baited with mealworms which are irresistible to most of them, but they are also very tempting for the local Chatham Is Tomtits.

Fifty Five robins were found on Mangere Island – 45 banded adults and 10 juveniles that were caught and banded. 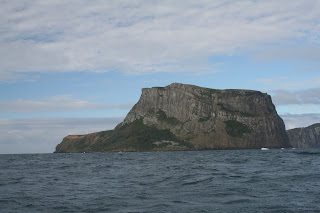 The bush area is much larger on Rangatira Island, and 195 adults and 91 juveniles were found. 100 of these were unbanded. They caught and banded 99, but despite much attention could not get number 100 which was not interested in mealworms, and she remains unbanded.
There might be a few more birds on Rangatira that managed to avoid them on this trip. As these are the only two places where Black Robins are found the total world population in April 2013 is about 341: at least 240 adults and 101 juveniles. All these are descendants of just a handful of birds including just the one female, Old Blue who saved the species from extinction.

The oldest bird found on the trip was a female G/A-G/G that was banded in 2005, unfortunately last year's oldest bird, which was 13 years old, fledged last century and was banded by the late Don Merton was not seen this year and is presumed not to have survived.