A couple of recoveries - Wellington & Queenstown

I have recently received notification of a couple of recoveries from the Banding Office.
Wellington - Greenfinch

A greenfinch recovered when it was regurgitated by a cat along with other prey/food items in Island Bay. It was banded at the Wellington Zoo on 9 Jan 2015. It was recovered  985 days from banding at a distance of about 3k. 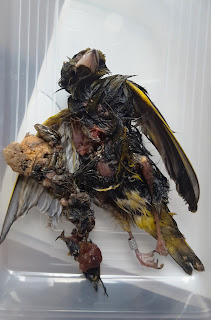 A Yellowhammer recovered freshly dead on a hay bale at Littles Rd about 1.5k from where it was banded on 6 Jan 2017. It had a fresh wound on one side of its head and appeared to have been attacked, I suspect by a Magpie. 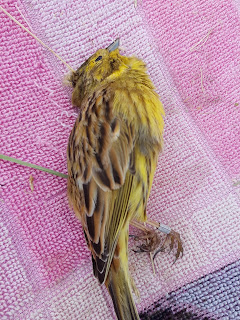