Island Bay Monday 10 Nov - A new species for the Group

Annette and I had a pretty good session at Island Bay this morning. We had surprisingly good conditions as the forecast for a strong northerly did not eventuate.  Perhaps a bit much sun but not complaining. Our catch was affected by not being able to use our usual net site due to a Blackbird putting her nest in the wrong place but we managed with a new configuration.

We caught 55 birds of 8 species with 43 new and 12 recaps. Species were - (recaps in brackets)
Blackbird - 13 (4) among the recaps was a bird described as having been scalped when banded in Dec 2012, it now appears to be normal.

Dunnock - 0 (1)
Starling - 1 (0)
House Sparrow - 24 (5) there were 2 juveniles among the catch the first for the year.
Silvereye - 1 (1) When I arrived home there was an e-mail from the Banding Office with a report of a recovery of a Silvereye banded in July 2005 at 3406 days from banding it is our 5th oldest Silvereye.
Fantail - 1 (0)
Tui - 2 (1) A colour banded Tui was also seen it was banded in Feb 2009
Californian Quail - 1 (0) as far as I am aware this in the first banded by the Group. Technically it wasn't ours as it is not on our permit. It is classified as a Game Bird and comes under the umbrella of Fish and Game. Fortunately I have an arrangement with them and it was able to be banded under their permit. 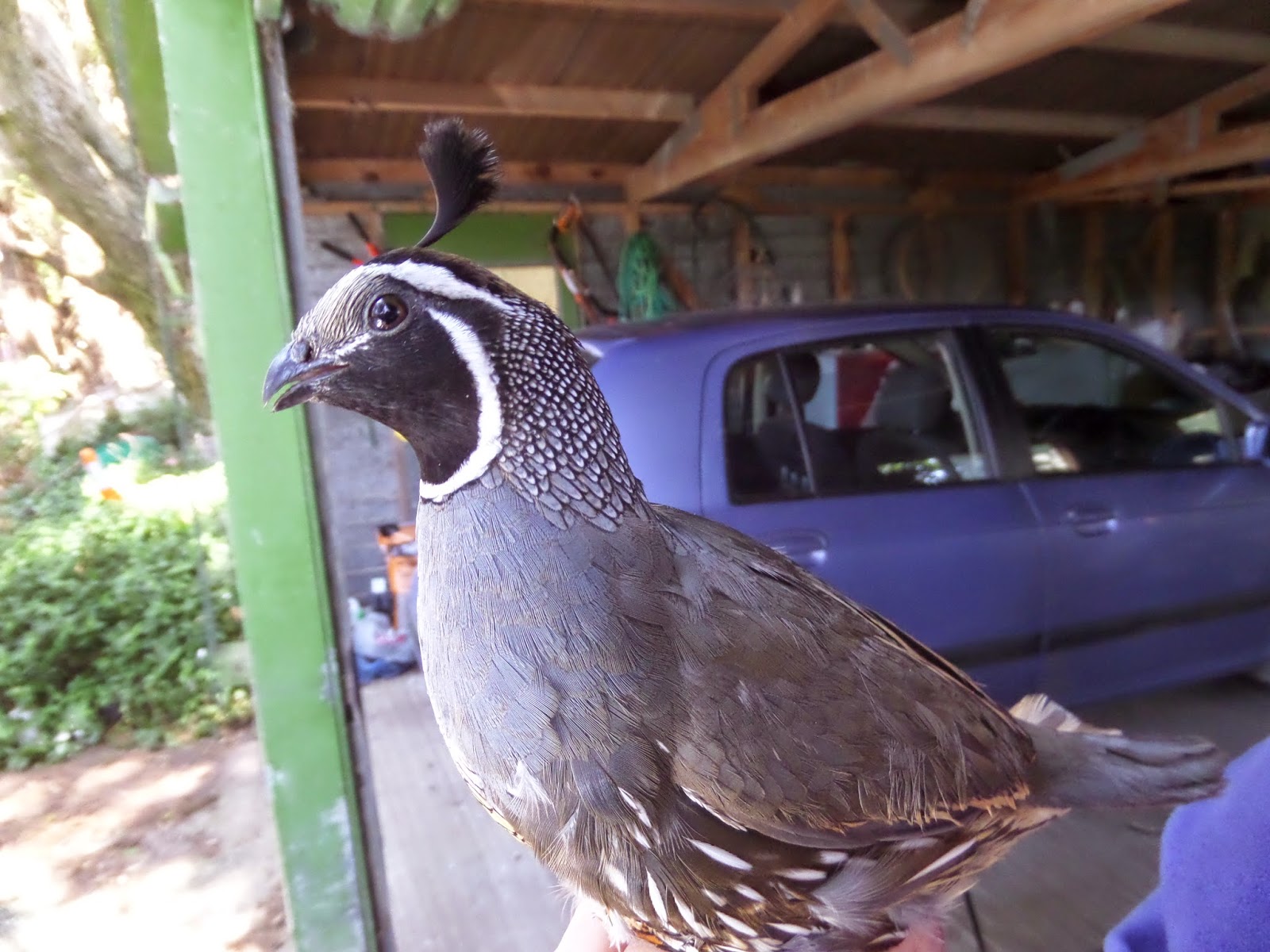 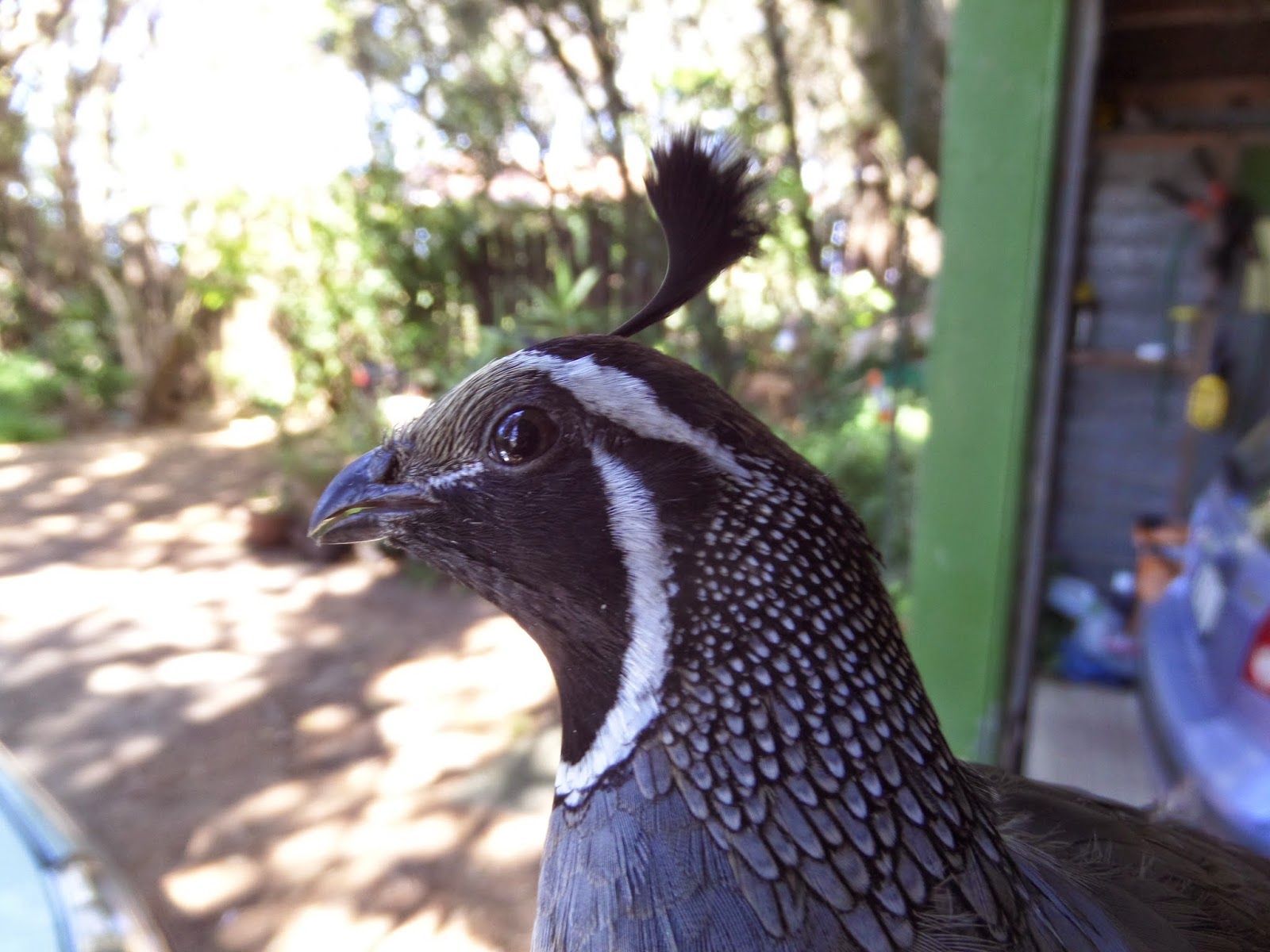