After a dire forecast we had surprisingly good conditions for our Zoo session on Saturday. It was mostly overcast with an occasional hint of rain but at times a bit much wind. There was a good turn out of people and it was great to have a number of enthusiastic younger folk.
Annette and Nikki took the opportunity to practice putting on and taking off radio transmitters in preparation for a planned study with North Island Robins. 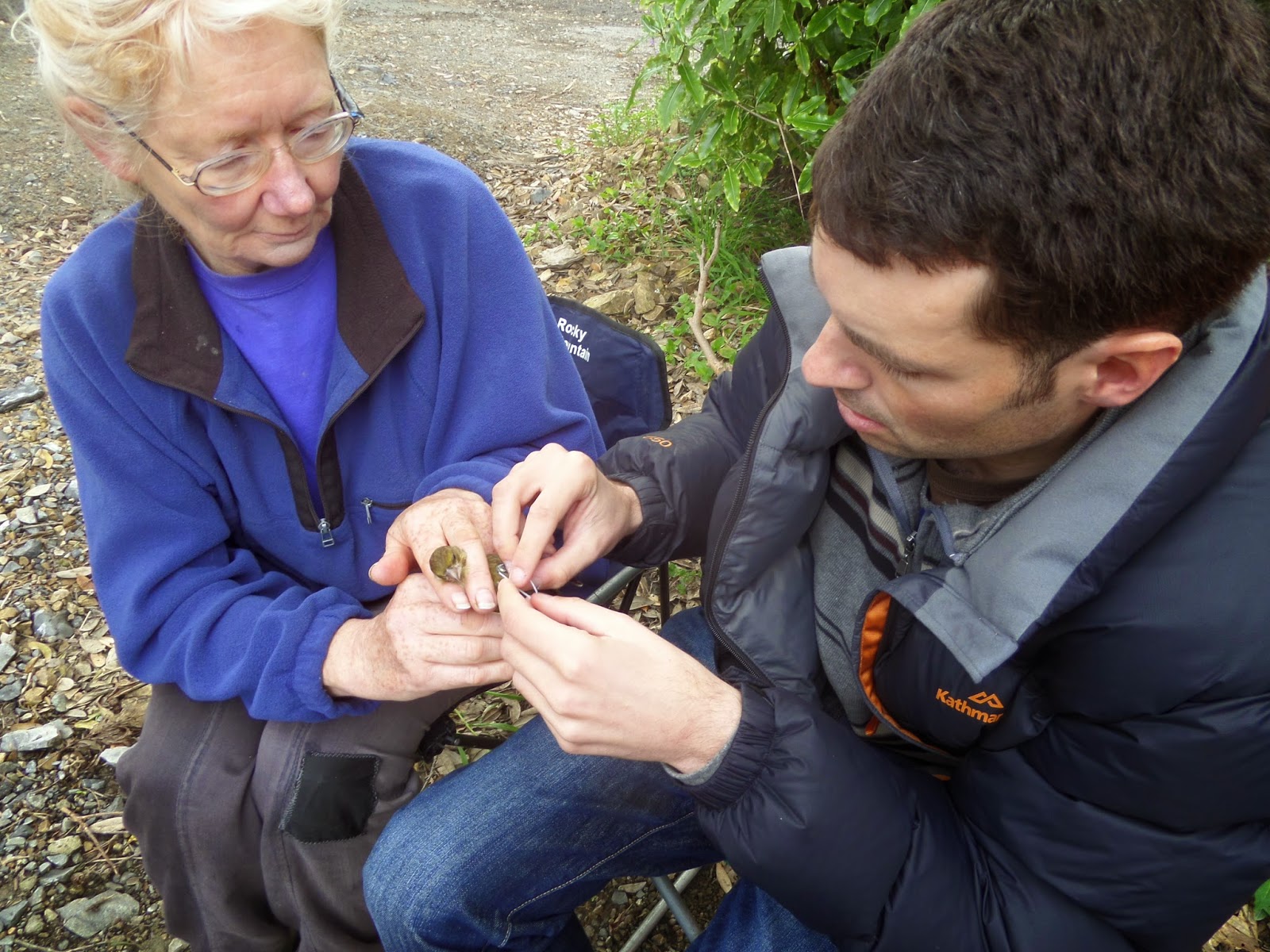 After a rather slow start bird numbers increased and we ended up with 50, 41 new birds and 9 recaptures. There were 11 species caught so there was a bit of variety but many species were only represented by single birds. Surprisingly no Silvereyes were caught.

There is equipment on site ready to commence work on Monday on an exciting new development at the Zoo. This will impact on several of our net sites so banding sessions for the next year or so are likely to follow a slightly different format.